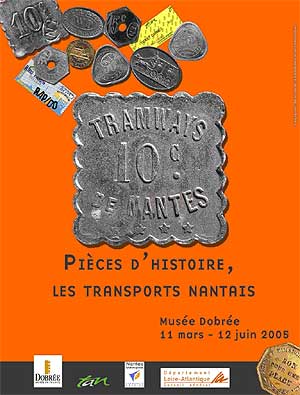 The exhibition was presented in partnership with the TAN (Nantes’ Transport service) and the Urban Community of Nantes.
It presented the origins of public transportation in Nantes, its modernization and the successive innovations that occurred until the beginning of the third millennia.