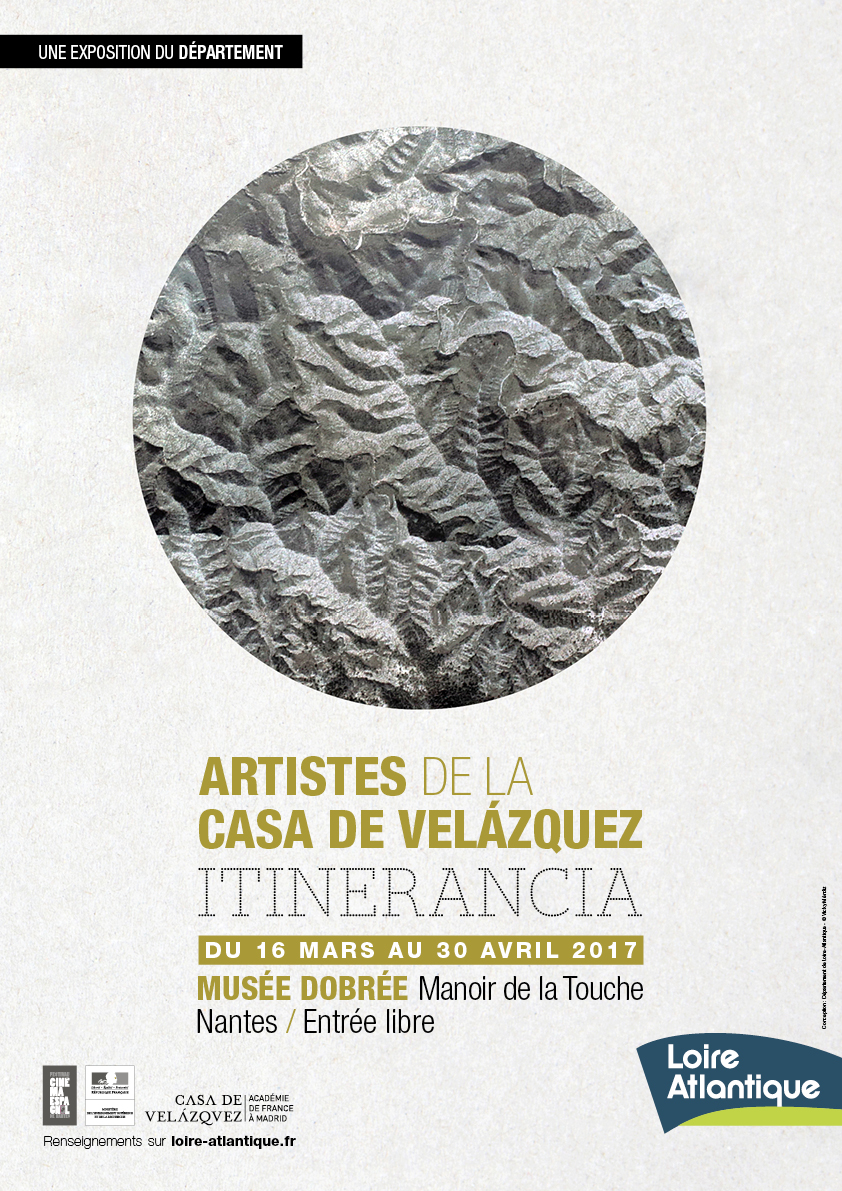 Located next to Madrid, the Casa de Velázquez is both a center for artistic creation and a research center. This is what makes it so unique among the five French schools abroad that are placed under the authority of the Ministry for Higher Education and Research. The Casa de Velázquez aims at promoting creative activity in connection with arts, languages, and literature. Another goal is to stimulate artistic and scientific exchanges between countries.

The artists in residence at the Casa de Velázquez in Madrid in 2015-2016 move in to the musée Dobrée to present their astonishing works of art.

The following artists will be presenting their work:

This exhibition reflects the Département's long-standing support for contemporary art and young creative talents, part of a programme of cultural exchanges operated in partnership with the Institut de France. Find more details on the exhibition on the official website of the Casa de Velázquez de Madrid.